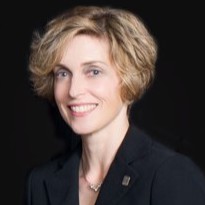 Victoria Farrar-Myers first moved to Arlington in 1998 and has been actively engaged in our city ever since. She was first elected to the Arlington City Council in May 2016 and her term expires May 2020. In her role as Deputy Mayor Pro Tempore At Large, she represents the entire city. Dedicated to building communities, Victoria has held leadership positions in numerous volunteer organizations as well as served on the Planning & Zoning Commission and AISD’s Financial Futures Committee.

Known as “Doc F-M” to her students, Victoria served as a Professor of Political Science and Distinguished Teaching Professor at the University of Texas at Arlington for 16 years and served as the Director of the Tower Scholar Program and as a Senior Fellow in the Tower Center for Political Studies at SMU. She received a Ph.D. from University at Albany, SUNY, a Master’s degree from University of Illinois, and a Bachelor’s degree from Russell Sage College.

Victoria has been married to Jason since 1992, and they have one son. They are members of St. Vincent de Paul Catholic Church.