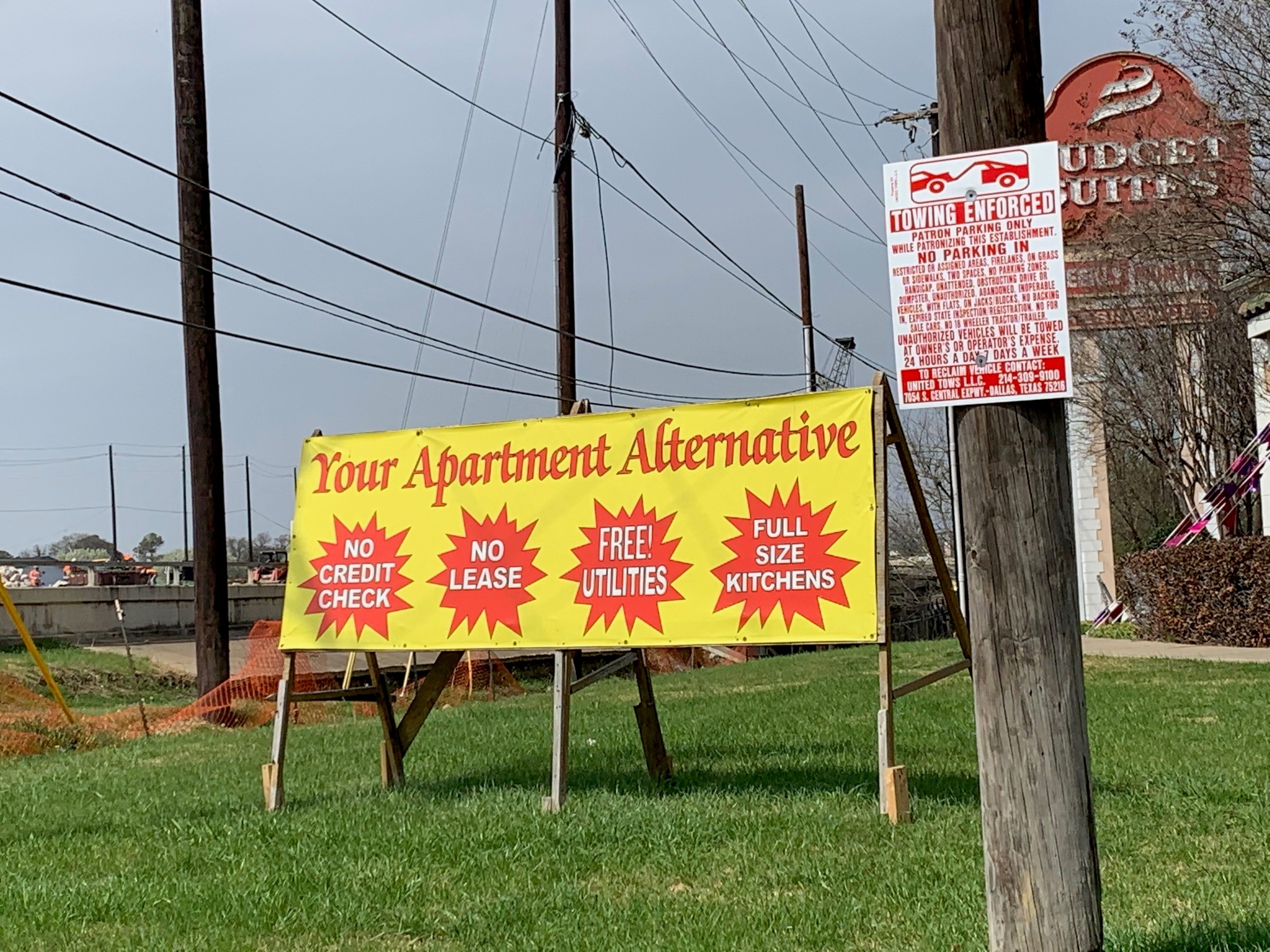 Through the Coalition for Homeless Children, my colleagues and I have been doing outreach to motels throughout Tarrant County to conducts surveys and learn more about the needs of families living there, either full-time or intermittently. When I introduce myself to a property manager or front desk attendant, I’ve gotten used to getting some variation of the same curt response each time:

“We don’t have families living here.”

However, education system statistics tell a different story. During the 2017-2018 school year, more than 1,250 Tarrant County school children were living in motels, according to the Texas Education Agency. In Arlington, where the issue is particularly acute, the percentage of homeless children residing in motels is as high as 25%. Nationally, the phenomenon is so widespread that it was recently highlighted in a New York Times Magazine article.

In these makeshift homes, families heat meals in hotpots, have little to no privacy and even occasionally share space with other families. Exposure to violence and drug use is routine and commonplace. For families who alternate between cars and motel rooms, the rooms offer heat in the winter or air conditioning in the summer. But this back-and-forth also may keep them out of much needed services.

With property managers acting as gatekeepers, it can be difficult to connect with the families that we know are out there. However, on a recent visit the person behind the desk took me by surprise. I told him about our survey and his first response was, “we don’t have any families staying here long term....but I see them all the time.” When I asked him to clarify, his voice softened and he told me that he sees the families that I was describing, but they typically only stay a day or two at a time. They typically can’t afford to stay for a week, or a month. Rather, they move into the hotel for a couple of days and then quietly move back out, maybe into their car; he doesn’t ask. Then sometimes they return a few days later. When I told him that we wanted to connect with those families to see how we can help them connect to child care or rental assistance programs, he visibly brightened. He said, “that’s so great! They never ask for anything, but I can tell they are struggling. It’s like they’re scared, they don’t want anyone to know they’re having a hard time.”

His intuition is spot-on, based on the visits with mostly single mothers that we have had in recent weeks. And it is the reason that this population is often referred to as the Hidden Homeless. I did not get to speak with any families at his extended stay motel that day. But I left feeling driven to visit a few more properties that day, to deliver more flyers, and hopefully connect a mother with the resources that she needs to move her little ones into more stable housing.

If you know a family that is currently living in a motel either full-time or part-time, they are eligible to participate in our online survey. As a thank you for their time, a gift card will be provided. Additionally, survey participants may be provided with information on resources for which they may qualify.